A video showing how Mukesh Vaniya, a ragpicker, was thrashed to death with a stick, has gone viral on social media. 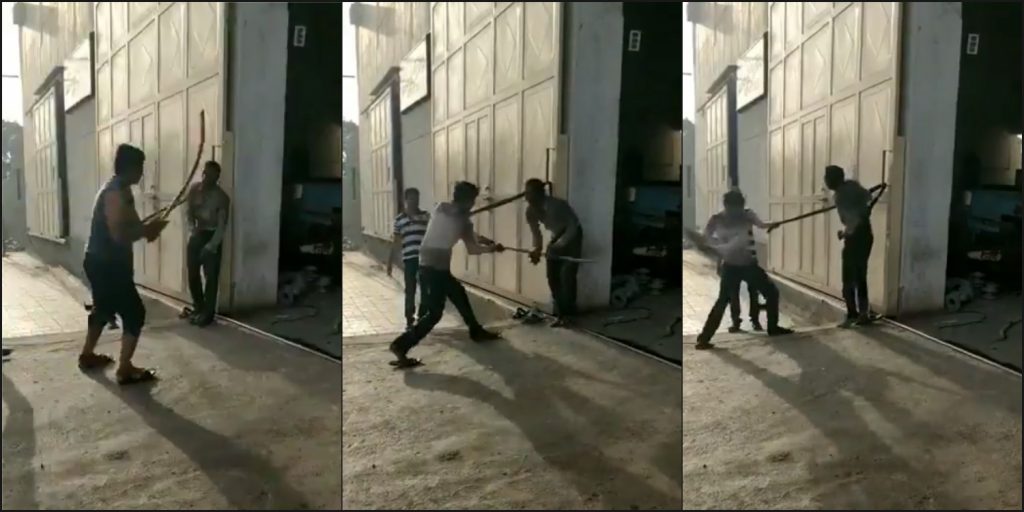 Rajkot: Police have arrested five people for allegedly thrashing to death a 35-year-old Dalit man suspecting him to be a thief in Gujarat’s Rajkot district, an official said today (May 21).

A video of the incident – purportedly showing two people taking turns to beat the man, identified as Mukesh Vaniya, a ragpicker, with a stick, while another person held him by a rope tied to his waist – has gone viral on the social media.

Based on the video, the police arrested the five people.

“A man who used to collect garbage was beaten up by some people at the Radadiya Industries compound near Shapar town yesterday. The factory owner accused him and his wife of theft,” Rajkot (rural) in-charge superintendent of police Shruti S. Mehta said. The victim’s wife lodged a complaint at the Shapar-Veraval police station in Rajkot last evening, accusing the five people of thrashing her husband following which he died, she added.

“We have arrested the five people based on the video that purportedly showed the victim being beaten up. An investigation is underway,” she said.

According to the complaint filed by the victim’s wife, Jayaben Vaniya, her husband was beaten up by the five people as they suspected the couple of committing a theft.

Mukesh died while being taken to the government hospital in Rajkot, an official at the Shapar-Veraval police station said. An FIR was lodged under sections 302 (murder) and 308 (culpable homicide) of the IPC, he said.

The couple was picking garbage near the Radadiya Industries, located in the Gujarat Industrial Development Corporation (GIDC) area, when they were held and then beaten up by the accused.

Four of the arrested persons were identified as Chirag Patel, Divyesh Patel, Jaysukh Radadiya and Tejas Zala. Jaysukh Radadiya is the owner of the factory where the incident allegedly took place while the others are his friends, according to the police.