The couple had faced opposition from the Thakur community as well as local authorities who said they will not ‘change the tradition’. 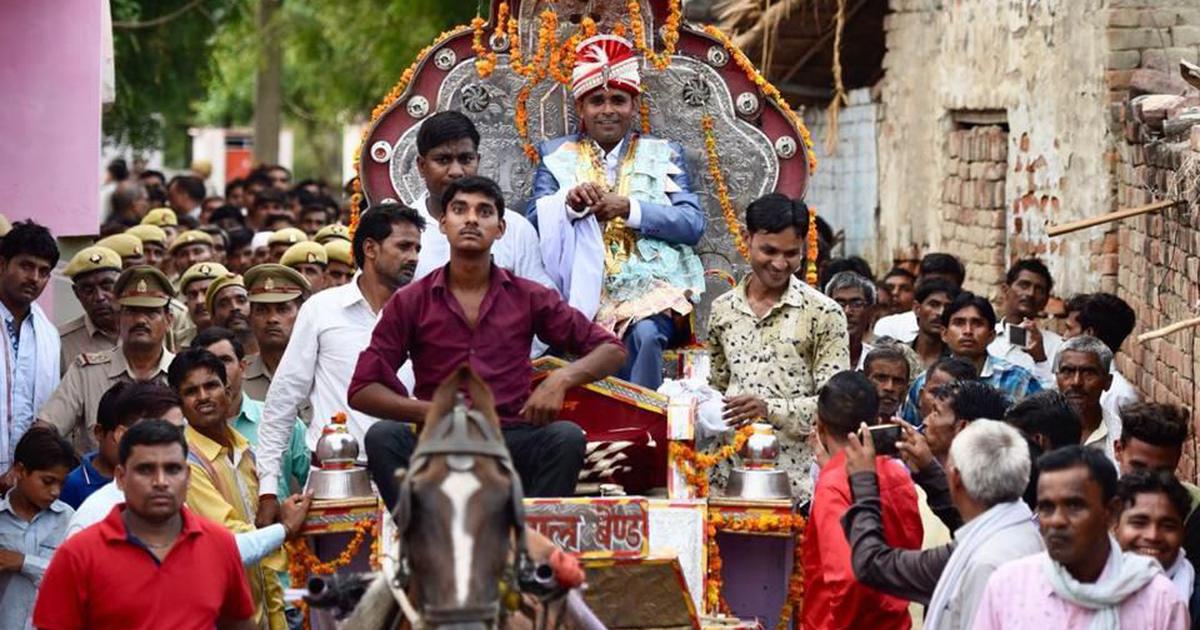 A Dalit groom in Uttar Pradesh’s Kasganj district on Sunday took his wedding procession through the streets where mainly upper-caste Thakurs live after facing stiff opposition from local authorities.

“This is the 21st century but some don’t think Dalits should have dignity,” 27-year-old Sanjay Kumar told the Hindustan Times. “I am the first to take a ‘baraat’ [wedding procession] out in this village. It is only because of Babasaheb and his Constitution that it has been possible.”.

Kumar said they had to fight against all odds “to just earn respect, dignity and equality for our community,” reported The Times of India. “Neither my community nor I was against local Thakurs, but we were against the indiscrimination on the basis of caste,” he added.

Kumar, a local worker with the Bahujan Samaj Party, rode on a horse-drawn buggy with a convoy of 30 cars, a police pilot vehicle and an armed security guard. The district administration deployed 10 police inspectors, 22 sub-inspectors, 35 head constables, 100 constables and a platoon of the state provincial armed constabulary around the bride’s village on the outskirts of Nizampur village.

The bride, Sheetal’s, family home is on the outskirts of Nizampur village, as are the homes of four other Jatav families – the caste to which the bride and groom belong. Usually, Jatav grooms stop their wedding processions at a ground outside the village and then walk to the bride’s house without crossing any Thakur areas.

The bride and groom’s families have awaited permission for their ‘baraat’ for several months. They said they had approached authorities for permission for the procession in October, soon after the wedding was fixed. The bride, groom, and their families faced opposition, not just from the Thakur community but also from local authorities who said they will not “change tradition”.

Kumar even approached the Allahabad High Court, which told him that only the local police could help him. In April, the district administration gave Kumar permission to take his ‘baraat’ through areas with Thakur houses, provided no “political persons” participated in the procession, no weapons were on display and no alcohol was allowed.