If the majority believes it is above the law, India is at risk of transiting from flailing to failed state. A 26-year-old ‘kanwariya’ with a criminal past was arrested on August 9 for his role in attacking and destroying a car involved in a minor accident in west Delhi’s Moti Nagar earlier in the week. | HT Photo

From a hired helicopter, an additional director general of police and other senior colleagues showered them with petals. 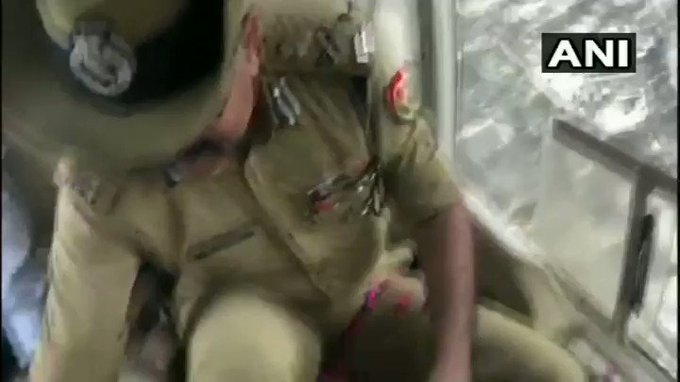 On the ground, they were garlanded, felicitated by other police officers, the events recorded in official tweet 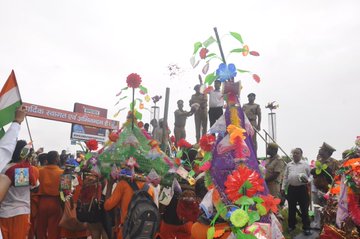 Along their route through the villages of western Uttar Pradesh, many residents, the majority Muslim, who fled their homes, were issued “red cards” by the police that warned them against creating trouble. As they took over highways out of Lucknow or the expressway that connects Delhi to Gurugram, they sparked chaos and resentment.

UP a mess. Traffic b/w LKO GKP diverted. Trucks cars patients stranded for 15 hrs. Left car walked for 2.5 hrs now hitching a ride to get to LKO airport. Pathetic planning. Think about #kanwariyas but not at the cost of those who pay Tax and toll. @myogiadityanath @swatantrabjp

These #kawarias on their bike banged into my car, followed me, overtook me and then blocked the road. Such #hooligans

It is that time of the year when millions of saffron-clad kanwariyas, devotees of Shiva the destroyer, fill pots of water from the holy Ganga and carry it on foot to shrines across the plains of northern India. From stray pilgrims walking alongside roads in the 1980s, the kanwar yatra – the journey of the kanwars, named after a pole they carry with pots on its ends – has grown into a heaving, pulsing mass of humanity that slows or shuts down India’s highways.

With a year to go for general elections that are likely to be a much closer affair than the Bharatiya Janata Party’s facile victory in 2014, the ruling party is making sure it does not impede or offend this walking, swaggering vote bank. The swagger of this massive pilgrimage, as events of this month have shown, has increased because the police and other administrative arms of the state have made their approach clear. While many are peaceful, a substantial number of kanwariyas are not. This week, they wrecked a car, attacked trucks, beat a cyclist with canes and sledgehammers and vandalised a police vehicle, forcing officers to flee.

En route to the airport in Delhi earlier this week, I witnessed the power of the kanwariyas as they caused a traffic pileup on the Delhi-Gurugram expressway. Once meant to be support vehicles, their trucks – piled with high-wattage speakers, powered by diesel generators lashed to them – moved slowly, as the kanwariyas ran back and forth across the highway. Many brandished long staves or baseball bats as they strolled across the expressway and occasionally thumped their make-do weapons on the ground to scare motorists. Their motorcycles – perhaps also for logistical support – and trucks sported large national flags, to make clear that the pilgrimage was a symbol of nationhood.

Witness a new trend: an amalgam of religiosity, nationalism, bollywood pop with trucks with speakers and strobes and now hooliganism entering the mix!

Kanwarias on the Gurgaon expressway holding up morning traffic, running across the road, brandishing sticks at anyone coming near them, their vehicles sport large Indian flags--and of course the police are now where to be seen

The police do not confiscate these tools of violence, emboldening more kanwariyas to carry and use them. When there is violence, the police tend to either delay or play down action against the kanwariyas. Riot police were apparently not rushed to assist the frenzied wrecking of a car that brushed a kanwariya in Delhi because it may have provoked the mob. After the police were attacked by kanwariyas in Uttar Pradesh, Additional Director General of Police Prashant Kumar – the same officer who had showered petals from a helicopter – attributed the violence to “a dispute between two groups”. 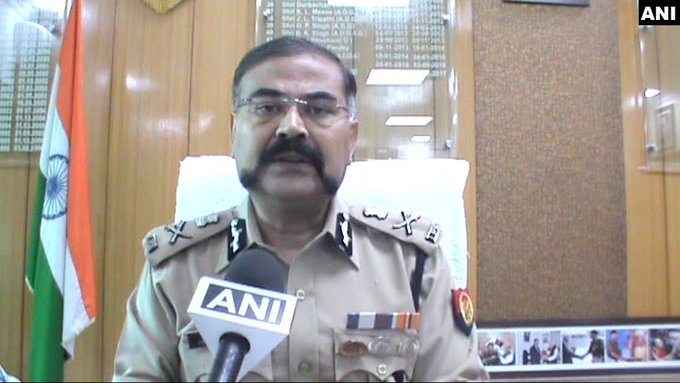 Incident is not connected with Kanwariyas, it was a dispute between 2 groups. Police reached the spot immediately&case was registered. We will investigate the matter: Prashant Kumar,ADG (Meerut Zone) on Police vehicle being allegedly attacked by Kanwariyas in Bulandshahr on Aug 7

“Hindu khatre mein hai” (the Hindu is in danger) is a favourite phrase of the radicalised Hindu, used with no basis in fact by many in the BJP and its adherents and allies. What such propaganda does is to make insecure Hindus believe they really are in danger. The transition from insecurity to resentment and anger is quick, especially when such Hindus are convinced that the ruling party and administration are on their side. That is happening. Empowered, emboldened and weaponised, the kanwariyas are not the only Hindu mobs to flourish under state patronage.

Muslims and Dalits are routinely victims of Hindutva groups that lynch minorities seen with cows or suspected to be cattle rustlers. Police have gone slow on investigations, and Union ministers have felicitated or honoured lynching convicts or suspects. Last year, some 40 people died as thousands of supporters of jailed Dera Sacha Sauda sect leader Gurmeet Ram Rahim Singh were allowed to gather and riot after his conviction in a rape case. Agitations by upper-caste Hindus demanding reservations grow, as police treat mobs with unnatural gentleness. On Thursday, as the kanwariyas did their thing, further south in Maharashtra, a long-running protest for reservations for Marathas brandishing saffron flags turned – not for the first time – violent. The police were attacked, a police van burnt, other vehicles vandalised, shops and buses damaged in stone-throwing – the state transport corporation reported a Rs 22-crore loss – and the internet was shut down in Pune, Nashik, Ahmednagar and the region of Marathwada. We did not hear of the police opening fire or otherwise dispersing mobs with their usual enthusiasm.

Such kid-glove treatment and the withholding of legal action against Hindu mobs is not a good augury for a Hindu-majority country. If the majority believes it is above the law of the land, the rule of the law will unravel – as indeed it already is showing signs of doing. India is in danger of moving from being a flailing state – a term coined and used in another context by Harvard professor Lant Pritchett – to a future failed state.

This column does not argue that those other than Hindus do not riot. They do, of course. Muslim mobs in Kashmir are some of the fiercest and most relentless police have ever encountered. There have been riots by Muslims in West Bengal and a few elsewhere. But the critical difference is that such mobs are not usually backed or encouraged – tacitly or otherwise – by the state; these mobs are put down using all means available. Pellet guns and bullets are fired, the ring leaders detained and locked up, and politicians and administrators send clear messages that mob violence will not be tolerated. This is as it should be.

Now if only they did the same for the Hindu mob.