An underground insurgent loves and needs a mythical aura. An insurgency is as much a reality, as it is the product of myths that the society, unable to comprehend them, weaves around the insurgent. 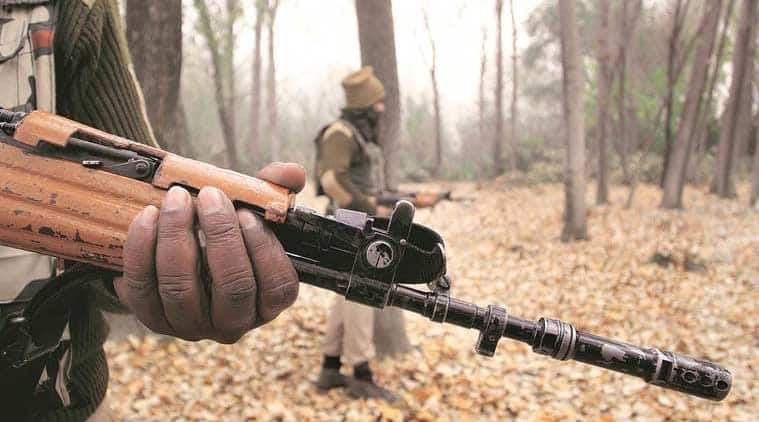 Naxal guerrillas have waged a war and the state is mandated to defeat them. (Express Photo by Shuaib Masoodi/Archives/Representational)

In 1964, the USSR convicted Joseph Brodsky for writing poems and being a “social parasite”. The judge recorded that “Brodsky has systematically failed to fulfill the obligations of a Soviet citizen with regard to producing material value”. A person present at the trial said that “intellectuals” are “millstones around our neck”, another wanted the USSR “to get rid of them all”.

It wasn’t unusual. The vision of modernity was to foster a questioning spirit, but the nation-states it spawned have made the dissenter an accused. The vocabulary invented by the Soviet apparatus to establish the culpability of a young poet is not dissimilar from the one circulating in India against a perceived enemy, the Urban Naxal. Naxal guerrillas have waged a war and the state is mandated to defeat them.

However, it’s problematic when the state invents a Naxal for its political gains. Many Left-leaning activists have been wrongly linked with Naxals. And in contrast, the Maoists have accused Left parties of being revisionists. They opposed CPI leaders in Bastar — eventually helping the BJP. The use of the term Urban Naxals indicates the state’s failure to comprehend insurgency and its cynicism in capitalising on citizen’s grievances.

During a rally in Delhi in January 2015, Prime Minister Narendra Modi equated Arvind Kejriwal with Naxals. Even as rhetoric, the PM’s statement was jarring. The Maoists have consistently rejected Kejriwal. In 2014, Ramdher, who headed the Abujhmaad battalion of the CPI (Maoist), was dismissive of the AAP leader in an interview with this writer. The then CPI (Maoist) spokesperson, Abhay, even stated that “the AAP was brought up on imperialist and NRI funds.”

The projection about Urban Naxals may help the government gain immediate political support, but it could help the guerrillas in two ways. First, it perpetuates a myth about their spread and might. An underground insurgent needs a mythical aura. An insurgency is as much a reality as it is the product of myths that society weaves around the insurgent.

In 2012, the CRPF entered the uncharted territory of Abujhmaad after meticulous preparation and found that the structures that appeared as the bunkers and scaffolding of guerrillas on Google maps were actually bamboo clusters. This, the cops conceded, unraveled many myths about the guerrilla zone. The Maoists thrive on such mythologies.

Second, if students, politicians and writers across the spectrum are hounded as Urban Naxals, one need not be a psychoanalyst to gauge its consequences. The definitions a state invents for its political harvest come to ring true in unintended ways. Salwa Judum had first made ordinary tribals staunch Naxal supporters, and then converted them into fighters. To script an imagined theatre of Urban Naxals is bad tactic, a political and moral blunder.

The Maharashtra ATS may take clues from the Andhra-Telangana police. In August-September 2014, the CPI (Maoist) celebrated the 10th anniversary of the merger of the PWG and the MCC. Programmes were held across Andhra-Telangana, the biggest ones in Hyderabad, close to the headquarters of the intelligence branch. Pamphlets were distributed, calls made for revolution, but the cops smiled. A senior cop told this reporter, a few speeches will not ruffle us.

The confidence has been replaced by nervousness, indicating that the government’s anti-Maoist policy has become warped by its politics. In 2005, the Chhattisgarh government, supported by the UPA government at the Centre, termed tribals in Bastar as Naxals. That did help the BJP expand its electoral base in Bastar but it also ensured the surge of Maoist guerrillas.

During Brodsky’s trial, the judge mocked the young man: “Who said you are a poet? Who ranked you among poets?” “No one,” said Brodsky. He was not even 24 when he was convicted. An up and coming poet then, Brodsky went on to win a Nobel in literature. The human race has an extraordinary characteristic. It displays resilience in the face of humiliation and injustice.

Bhardwaj is a Hindi fiction writer