Still too many children out of school

Still too many children out of school 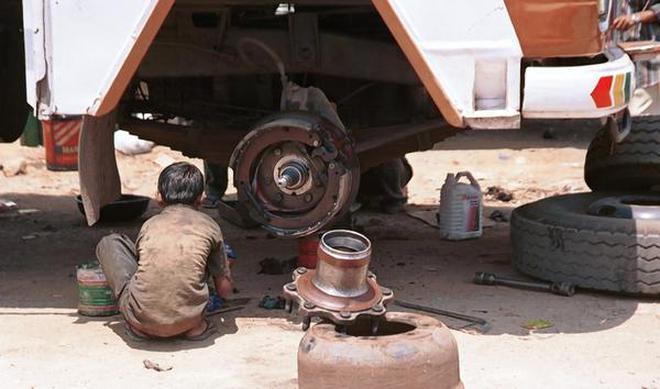 Data show that the proportion of these children is higher in rural areas and among SCs, STs and Muslims

A matter of serious concern

Analysing the data collected from these two blocks, we found that the most important reason for boys to drop out of school was to take up jobs to supplement the family earning; for girls, it was the compulsion to participate in household work. There is sufficient evidence to conclude that this is an all-India phenomenon. According to the RTE Act and the Child Labour (Prohibition and Regulation) Amendment Act, these out-of-school children fall under the category of child labour. It is, therefore, not surprising that the largest number of child labourers in the world is in India.

Reasons for not going to school

Several of the reasons given for the non-enrolment of children and their dropping out of school indicated the prejudice against educating girls that is prevalent in India. This prejudice has been brought out more sharply in the Telangana Social Development Report, 2018, prepared and published by the Southern Regional Centre, Hyderabad, of the Council for Social Development. This report also draws on the data of the 71st round of the NSS. According to these data, a proportionately larger percentage of girls than boys was not enrolled. In the rural areas, the gender gap on this count was as high as 13 percentage points. A relatively lower percentage of girls was found going to high fee-charging private schools. Similarly, a relatively lower percentage of girls took private coaching, which involves costs additional to those incurred for schooling. Very few students in Telangana resorted to private coaching, but among those who did, the share of girls was only 2% of the total number; the share of boys was 6%. A much higher proportion of girls than boys dropped out of school after Class 10, after which education is not necessarily free. An additional collaborative evidence is that in Telangana, the average expenditure on the education of girls was less than that for boys. In Telangana, 50% of the children walked to their schools. Among these, the proportion of girls was higher than that of boys.

We would not have been confronted with this high proportion of drop-outs if all the provisions of the RTE Act had been implemented within the time limit prescribed in the Act (latest by April 2015). For example, the Act provided for the availability of a school at a distance of 1 km from the residence of the child at the primary level and 3 km at the upper primary level. If these provisions had been implemented, a major reason for drop-out (distance of school) would have been eliminated. If all the infrastructure facilities prescribed in the Act had been put in place during the period of implementation, another reason for drop-out (environment not friendly) would have disappeared.

The most important reason for drop-out (socio-economic conditions of the parents of the children) calls for a more comprehensive approach that is not reflected in the RTE Act. Until an adequate number of schools at the prescribed distances from the children’s homes becomes available, it would be necessary to provide secure modes of subsidised travel to schools, particularly for girls. Another important provision which ought to have been included in the RTE is financial support to poor parents, adequate to enable them to send their children to school. There is incontrovertible evidence of a positive correlation between economic incentives and a lower drop-out.

Muchkund Dubey is President, Ashok Pankaj is Director, and Susmita Mitra is Assistant Professor of the Council for Social Development, New Delhi