Jayant Sinha Is No Different From the Garden Variety, Saffron-Clad Sanghi Bigot

Jayant Sinha Is No Different From the Garden Variety, Saffron-Clad Sanghi Bigot

There are many like the Union minister, from privileged and educated backgrounds, who may appear liberal but harbour communal thoughts. 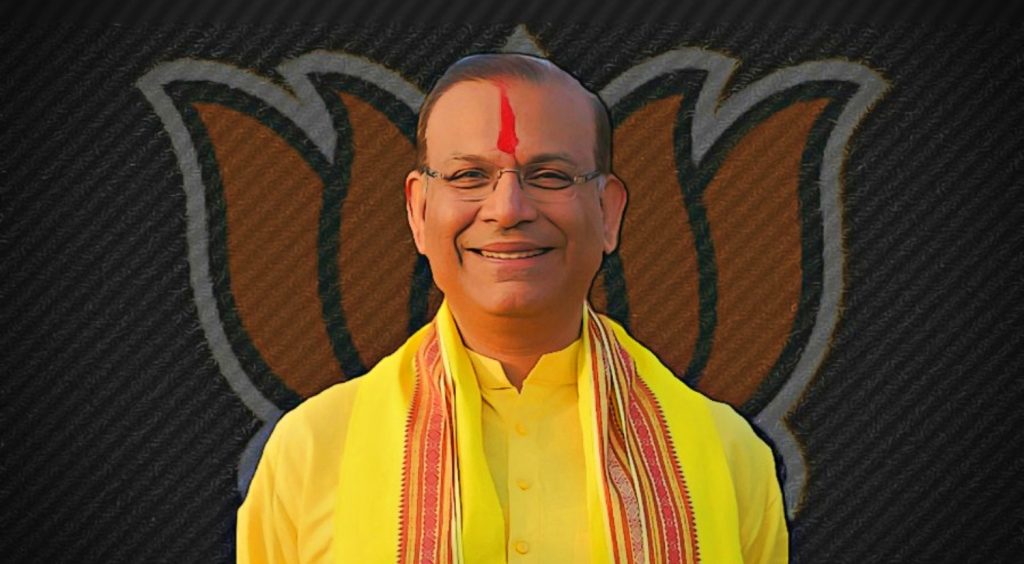 More loathsome than meeting with and felicitating eight accused lynchers after they were released on bail was Union minister Jayant Sinha’s reaction to the controversy it raised. He was, he said, just “honouring the due process of the law”. Some bromides about having full faith in the justice system were issued, but he completely side-stepped the main question of why he chose to so warmly welcome eight men who had been earlier found guilty of killing Alimuddin Ansari in Jharkand last year.

Instead of his tweets, which appear cynical in the extreme, if he wanted to, he could have also easily tried to say that the whole thing was “taken out of context” and that the images did not tell the real story – but he didn’t. In sum, he chose to brazen it out, almost justifying his actions and implying that there could have been something wrong with the judicial process:“I unequivocally condemn all acts of violence and reject any type of vigilantism,” followed by, “I have repeatedly expressed my misgivings about the fast-track court judgement sentencing each accused to life imprisonment.” He could have left it at that but he chose to garland each of the accused when they came to see him after being released on bail – surely a man as smart as him realised the message this sent out. Liberals may outrage and foam at the mouth, but do they really matter? To Sinha, they obviously don’t.

That Sinha is a smart man is not in doubt. He has the kind of biodata that most parents wish for their children: IIT, UPenn, Harvard, followed by jobs at McKinsey, a hedge fund and the Omidyar Network, and then on to lateral entry into politics as a Union minister no less. He is, in short, an overachiever. He is also a clean-cut kind of person, English-speaking, not burdened with a past that puts him alongside the more rabid Hindutva types who have now come out of the woodwork to make their hateful speeches. In the last four years or so, he has not made any communal statements, stayed away from controversy and just stuck to doing his job. For those who are appalled by the odiousness of say a Giriraj Singh or an Adityanath, Sinha is the kind of person they can live with – a PLU (People Like Us) who happens to be in the BJP and who gives it a more urbane face.

And yet, his first open display of Hindutva bigotry is on par with somebody like Sangeet Som, who wanted the family of Mohammed Akhlaq to be sent to jail after the latter was lynched on suspicion of keeping beef in his fridge. Will Sinha demand that Ansari’s family be charged and jailed too? It seems to be the next logical step.

There is speculation that Sinha has been pressured to do this by his political bosses to prove his loyalty to his party. The leadership wants him not just to win his spurs by doing what others do – you cannot have exceptions to the general party line who may be bad for morale – but also show up his father Yashwant Sinha, who has been attacking Narendra Modi and his administration with gusto. Differences between the father and son have only grown in recent months – it is the most well known secret in political circles – and this will further deepen the chasm. It will also once and for all tie down Sinha Jr, in case he has some wild ideas about bolting from the Sanghi stable.

But such an explanation gives him a free pass. Jayant Sinha is an adult and must have faced all kinds of pressures in his career. Anyone who works for consultancies or in the corporate sector comes across ethically ambiguous situations all the time. Some find a way around it and many others simply give in, but there is always a red line which the ethically grounded don’t cross. This was clearly such a red line – if Jayant wanted to, he could have said no or found a way to minimise the damage to a reputation built up over the years. He not only didn’t, but also carried out his assigned task with great vigour and then refused to equivocate about it. The video does not show him squirming – he is fully taking part with heart and soul. He knows what he is doing and he also knows that at this moment, as the elections are nearing, this is a plan to up the Hindutva quotient to polarise the voters and consolidate the ‘Hindu’ vote. He may not have been part of the larger Sangh parivar, but he has definitely got the memo. 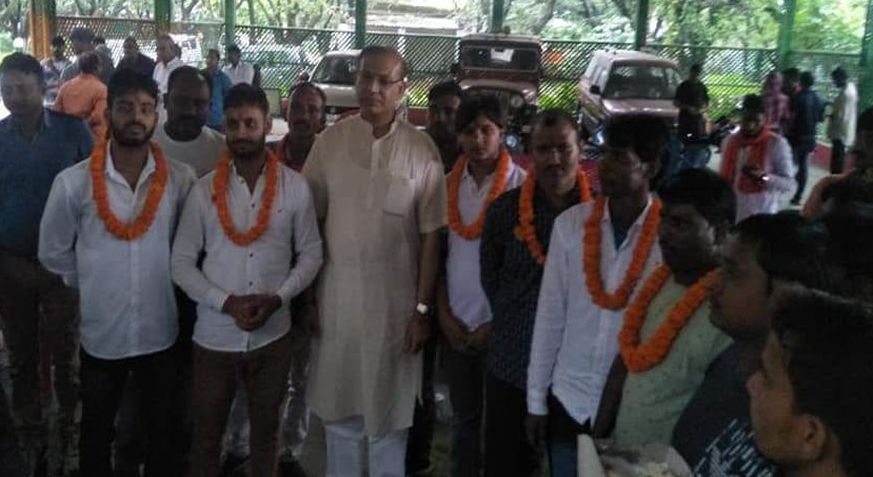 So why did he do it? Why did he suddenly shed off his seemingly ‘liberal’ skin and show his deep saffron colours? Did he not know the outrage it would generate? Or does he have a long view of the political advantage of sticking with the Modi/Sanghi bandwagon?

All this presupposes that all along he was a die-hard liberal a little queasy about being in a party that also included Sakshi Maharaj and Giriraj Singh, who, incidentally, met the families of the accused in another lynching case in Bihar. If Sinha had not made any overt, bigoted statements in the last few years, he had not shown any particular liberal tendencies either. It was just assumed that because of his privileged background, his education, his global exposure and his familiarity with cosmopolitan circles, he was somehow “different”. That he would be inwardly cringing at what he saw around him, but was keeping quiet for diplomatic or careerist reasons. It is a cowardly thing to do, but also a pragmatic one and that is understandable, especially to those who make daily compromises in their own careers.

But bigots come in all shapes and sizes, and from varied class and caste backgrounds; there are crass bigots and highly educated, smooth talking, sophisticated ones too. They come from mofussil India and from the groves of the finest academe. Some spew out crudities and others speak posh. There are those who let their views be known at every opportunity and don’t mind being quoted and others who keep silent, harbouring the worst kind of thoughts in their hearts and minds. Often even their best friends don’t know the communalism and prejudice simmering just beneath the façade of politeness and good manners. Such designer bigots are not to be found on the dusty roads of hinterland India but in the well-appointed, elite drawing rooms and in cocktail parties  in the big cities. In that, Sinha is not alone – there are many like him all over, some feeling emboldened lately to openly articulate their inner voices, others still playing the waiting game. But all are united by their hatred for the minorities and their attachment to Hindutva.

Sinha comes from an Ivy League background, but there is no reason to believe that it taught him liberal ideas. You cherry pick what you want from your experiences and more often than not reach out for that which conforms to your deepest biases. And then, going through life, build upon it bit by bit. People can change, sure, and even transform, but more often than not the seeds are sown early on and grow and grow till it is impossible to hide the blooming plant any more.

Sinha’s ‘coming out’, as it were, appears sudden but cannot be just a cynical exercise to follow instructions and save his seat. He has just given in to his natural impulses. It is not a command performance but a willing and somewhat flamboyant entry into his habitat. Jayant Sinha has come home.