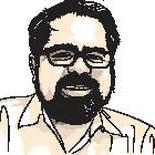 Last year, when my son graduated, he told me that he wanted to do a postgraduate course in International Security from Sciences Po in Paris. Till then, I had heard of neither the course nor the institution, but he rattled off facts: Sciences Po was one of France’s handful of Grandes Écoles, which are elite universities outside the French public university system; the university (and the course) was amongst the highest rated both in Europe and the world; and Sciences Po had produced every French President since World War II. He is now in the second year of his course, a Masters degree, and enjoying it very much.

Nothing beats word of mouth

The point of this autobiographical preamble is that when it comes to education, particularly higher education, quality and desirability lie in the eye of the beholder. Certification by the government or self-marketing by the institution cannot take the place of word of mouth and, more importantly, the profile and performance of past alumni in making a place desirable in the eyes of a student on the verge of making a life-altering decision regarding her choice of subject and place of study. To the best of my knowledge, Sciences Po had neither done anything to market itself to potential students in India, nor did it have any government certification to flaunt. Nevertheless, a 20-year-old Delhi student had managed to acquire all the necessary information required to help make up his mind.

This helps to contextualise the real problem with the government’s recent move to once again try to ‘reform’ the higher education set-up in India. The draft Higher Education Commission of India (Repeal of University Grants Commission Act) Bill has been widely — and perhaps justifiably — panned for increasing bureaucratic and political control of higher education in the name of autonomy. The Bill proposes that the HECI will oversee accreditation, curricular and quality issues, while the Human Resources Devbelopment Ministry will control the funding and grant-giving process. And as with any attempt by the government to create a so-called independent regulator, the fear of regulatory and governance capture by vested interests is real, and stems from bitter past experience in other sectors where this has been attempted.

Perhaps the most telling comment on the real position of Indian institutes of higher learning vis-à-vis the quality of education they provide is that over half a million young Indian men and women leave our shores every year to study abroad. Together, they (rather, their families) spend over ?65,000 crore a year on equipping themselves with the chance to be competitive in this rapidly changing world.

This sum is more than twice the government higher education budget. The day Indian institutes can get Indian families to spend this money on them instead of some foreign institutes is when one can truly claim that India is providing competitive, world-class higher education.

But that won’t happen without some major changes. Currently, India’s higher education space, with a handful of honourable exceptions, is populated by government-funded institutions in terminal decline and private institutions, most of which are little more than degree shops. There is rampant politicisation, chronic underfunding, and academic neglect in the government institutions while the private ones charge outrageous sums for the quality of education they provide and make a mockery of the UGC’s ‘not for profit’ condition imposed on such activity. The reason they survive is that demand outstrips supply by a huge margin. India’s gross enrollment ratio in higher education is only around 25%, which means only one in four eligible students actually enrolls for a college or university degree. For instance, over 6.5 lakh students qualify for the National Eligibility cum Entrance Test but there are only 65,000 seats. This means that desperate students take any option available, which leads to the sector’s other big problem: unemployability. There is no match between a candidate’s qualifications and skills. This is why holders of postgraduate and even research degrees seek (and mostly fail to secure) clerical jobs.

We are running out of time to fix this problem. A report by the State Bank of India, released last month, warned policymakers that they had less than 10 years to solve this. If they fail, India will be permanently stuck in the developing nation category, since its demographic dividend will not have the required education or skills to make it a productive part of the workforce.

We need to open the sector to new investment by committed professionals (ditch the ridiculous ‘not for profit’ rule for starters), ramp-up the quality of curriculum and teaching in universities, and ensure quality at all stages, from qualifications to exit. And this will have to be acknowledged by the students. The day Indian students prefer Indian universities, the day an Indian examination is recognised internationally, in the manner that China’s Gaokao is recognised in the U.S., is the day we can claim that we have got a handle on the problem.