Fair and Unbiased Policing Still a Far Cry in India

Fair and Unbiased Policing Still a Far Cry in India

The report, 'Status of Policing in India 2018', from Common Cause and Centre for the Study of Developing Societies, covers 22 states and offers one more opportunity to build better policing on a sound foundation. 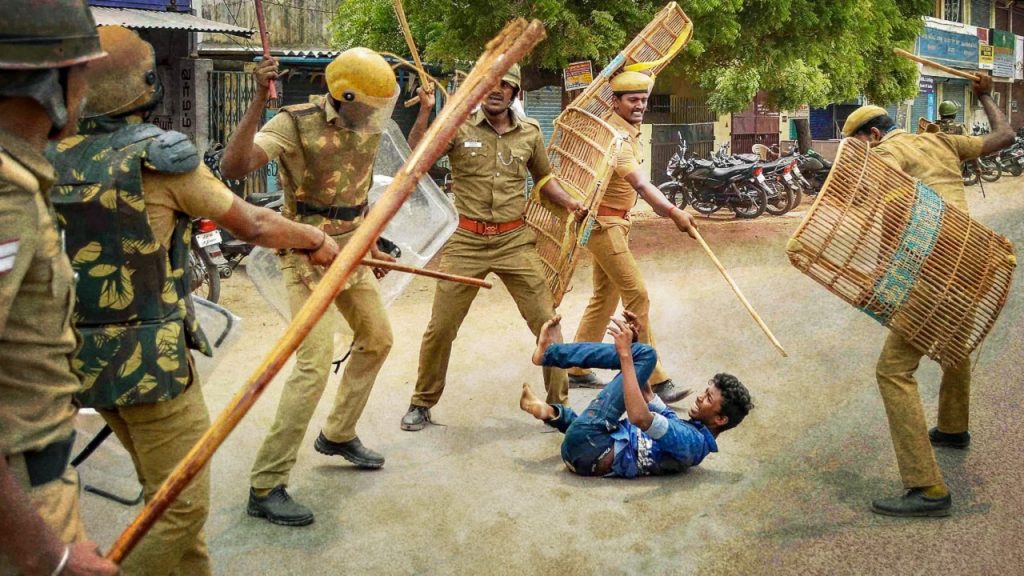 Officialdom often likes to bad-mouth civil society organisations and NGOs for doing little of worth. The recently released report on the ‘Status of Policing in India 2018′ from Common Cause and Centre for the Study of Developing Societies once again proves what valuable work civil society constantly does.

The report combines hard data from government sources with surveys of public perception of policing to draw a clear-eyed composite of what the police are equipped to do, how well they do it and how the public sees it.

The report covers 22 states leaving out the ones with a population of between six and 36 lakh.

One hook for the report derives from the 2006 Prakash Singh case. After ten years of meandering through over dozens of hearings, the Supreme Court finally distilled the many recommendations made by the National Police Commission of 1976-81 – and a half dozen other commissions and committees that have come and gone since then – into six directives. Taken together they were designed to minimise the present overlordship the political executive has over the careers and everyday work of the police; return responsibility for management and performance squarely back into the hands of police supervisors; ensure there was a transparent fair internal machinery for promotion and postings; and an outside independent mechanism, the Police Complaints Authority, designed specifically to look into complaints against the police.

Twelve years later no state – nor the Central government itself –has fully complied with the court’s directions. Some states have ignored the directives completely; others have reluctantly put some of the structures in place but diluted their ability to be effective. Others have used ostensible obedience to the court’s directives as a moment to pass retrograde legislation that in effect increases policing powers and reduces its accountability. The court, too, has been remiss in not holding their feet to the fire through contempt of court proceedings. The cold hard data in the report provides all the proof needed of the levels of executive disregard for the court’s correctives.

Another aspect of the report is the creation of a metric against which to measure performance. Quite rightly the report eschews measuring performance only by crime rate, though the popular consciousness sees police presence and crime as directly related. To some extent they are: but for one there are far too many extraneous factors that play into the incidents of crime to put the rate of crime solely at the police’s door. For another, conclusions about effective police performance can’t be drawn from official statistics which are made notoriously unreliable by “concealment and minimization” as well as common recording of false cases and unnecessary arrests. Instead it uses resource availability – budgets manpower or the lack of it, training frequency, and forensic availability as some of the ways to assess whether the force is in a position to fulfil its mandate of ensuring law and order, assisting prosecution and fighting crime. 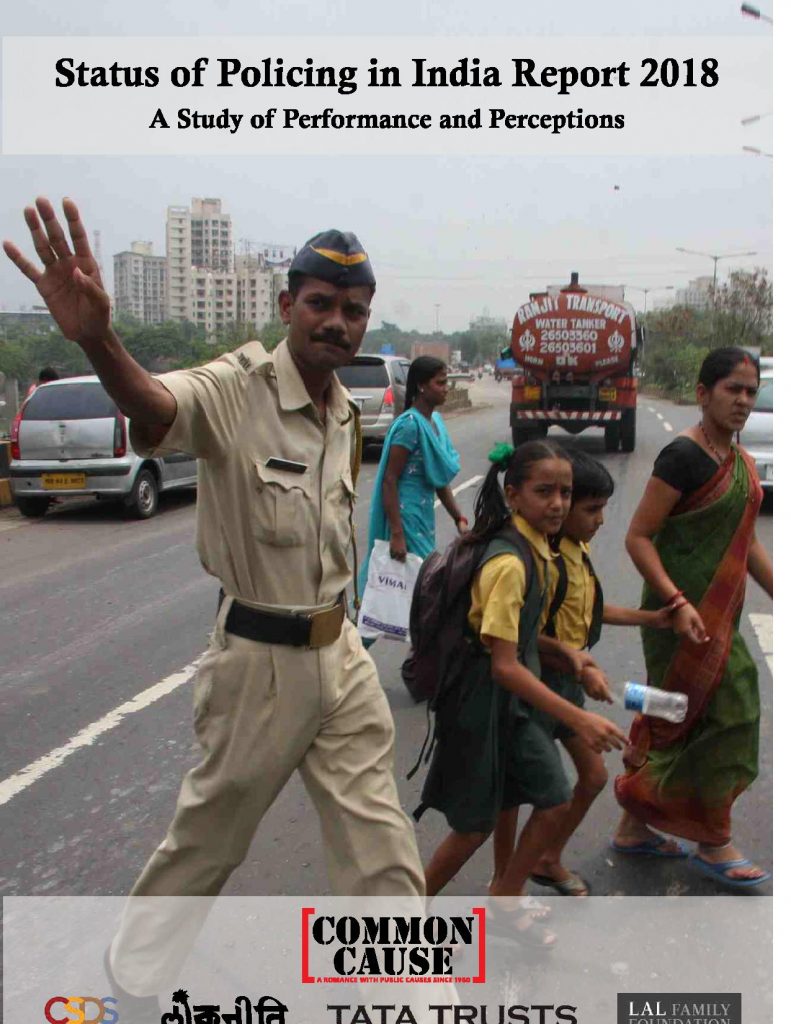 The report also uses data to test whether policing is biased and finds it is. Institutional bias is often denied as something in the ‘mind-set’ that can’t be easily discerned or corrected. But it is measurable. It is reflected in levels of diversity of composition and in actions towards certain groups.

Only two states have ever fulfilled their announced quotas for Scheduled Castes; only six have managed to fulfil quotas reserved for tribal people; and only nine have managed to fill OBC (other backward classes) quotas. This busts the myth that reservations somehow ‘eat up’ job opportunities for the rest of the population. After years of promising between 20% and 38% reservations for women, the all-India average remains at a shameful 7.3%. Worse still, is the situation of Muslims. Present in every state, their representation is disproportionately low in the police and disproportionately high in prisons: in Nagaland six times more than its population, and in Gujarat, Maharashtra and Tamil Nadu around three times.

Some measure of other biases and inefficiencies come through in data related to the number of arrests made: high for minorities and disproportionately high for the poor and marginalised. Cases against ST, SCs,  women and minorities uniformly also take longer to conclude even as the prisons bulge with high numbers from the same category awaiting trial. They also stay in longer than the general category of undertrials.

These figures give the lie to the promise of fair, unbiased policing and the report concludes that “the police fails to prove itself an egalitarian institution, and functions detrimentally against the least advantaged”. An academic way of saying there is proven bias in policing against the poor, against the disadvantaged, against women and against Muslims.

It comes as no surprise that much fewer women than men contact the police, indicating perhaps a reluctance to approach a police that has a reputation for being rude, aggressive and disbelieving of issues particularly related to discrimination, abuse and violence against women. These findings corroborate other studies that document experiences of easy brutality toward the economically weak and vulnerable. Property-related crime and physical assaults make up the bulk of reasons for going to the police and most people still go to the polices station to tell their woes. But only 20% will go to a police station alone. Most opt for going with a family member, or influential friend. This, too, says something about the confidence of the general public in walking into what is after all a building that houses a public service. One in three said they also paid a bribe to the police.

But there are happier tidings as well. The police are often given a bad name for giving short shrift to people’s complaints, refusing to register crime, delaying registration, suggesting compromises or recording a serious matter as a minor offence when it requires thoughtful investigation. The survey, however, finds that over a four to five-year period, three-fifths said they were able to register their complaints. Most of those who had their complaints registered were also satisfied with the help they received. Even the majority of the 24% who could not get their complaints registered were satisfied with the police’s response. Whatever their misgivings, an overwhelming number said they would go to the police if the need arose and want greater police presence in their locality. The figures vibe with studies the world over which show that those who have actual contact with the police have a much more positive image than those who have never been in touch with the force. Sadly, a summation of public responses finds Delhi right at the bottom of the public satisfaction table. This despite it being the largest and most well-resourced force in the country. 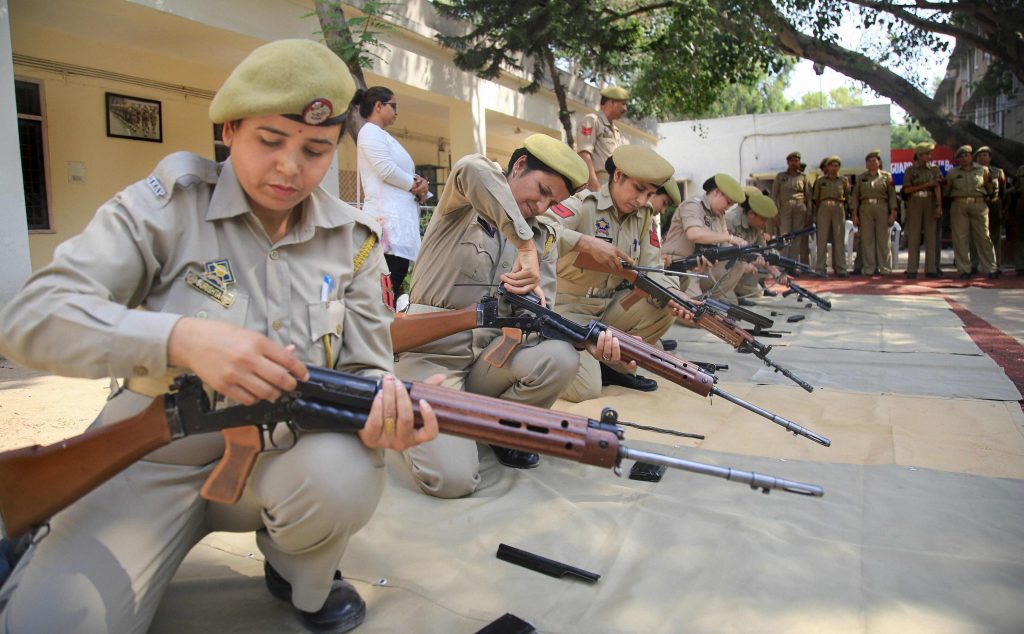 After years of promising between 20% and 38% reservations for women in the police, the all-India average remains at a shameful 7.3%. Credit: PTI

The perception survey looks deeper into the complex and still fragile relationship between the public and the police by probing whether the police have public trust, how much they are feared or seen as discriminating, violent or corrupt and what store the public puts by each of these elements. Opinions vary between classes, castes, gender, religious groups as between rural and urban folk. A sad finding points to the public’s willingness to condone police violence. This acceptance should not be seen as validation for illegality and brutality. It is much more a reaction of a public caught between a rock and a hard place where crime is rising and all the sub-systems of the criminal justice system are unreliable and inefficient.

The report’s many cross cutting state-wise tables lay the groundwork for researchers and commentators to build in-depth analysis that may hopefully spur informed reform efforts. Certainly, a report on policing of this width and nuance has not been done in decades. It begs the question why, given the abysmal state of policing, have neither the states nor the Centre created publicly known indices by which police provisioning, performance and public satisfaction can be easily understood and estimated.

Measuring police performance and public satisfaction should be a routine function of every state and Union government. This would help policing get properly resourced to meet the needs of the day, fulfil public expectations and allow it to adapt itself to meet emergency and future situations. Officialdom has all the data, infrastructure and finances to undertake these interactive public exercises annually. Hopefully this civil society initiative will now spur similar interactive efforts in various states with governments taking the lead. This is one more opportunity to build better policing on a sound foundation – hopefully it will not be squandered.