The State Is Using the 'Maoist' Label to Muzzle Liberal Criticism

The State Is Using the 'Maoist' Label to Muzzle Liberal Criticism

The handling of the Bhima Koregaon case shows that constitutional opposition and liberal criticism are in danger. 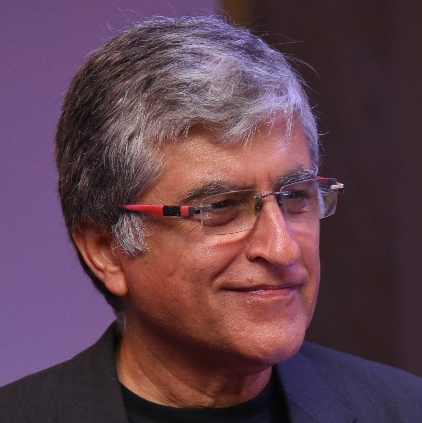 When the five arrested persons charged with Maoist activities in connection with the Bhima Koregaon violence were brought to the Pune police commissionerate, there was an interesting spectacle. A young constable, part of the escort party of the arrested persons, fell at the feet of Shoma Sen, one of the accused, and begged forgiveness. As head of the English department at Nagpur University, Sen had taught the young man, and he holds her in high regard. He was torn with conflicting emotions, not quite understanding what she was being charged with.

The Bhima Koregaon Five were produced in court later on June 14. The sessions court was packed with 40 lawyers from Nagpur, all colleagues of another arrested person, lawyer Surendra Gadling. The party of 40 had come all the way from the Nagpur bar and the district courts of Gadchiroli and Vai, to plead that their friend was just another lawyer and not a Maoist. Yes, he did take up cases with passion for tribal people, and political prisoners – but that did not make him a Maoist.

The parameters of the Bhima-Koregaon case are fairly well known now. They are both startling and audacious; and the case has caught the ‘national’ eye as the five arrested are now also being accused of hatching a possible conspiracy to assassinate Prime Minister Narendra Modi.

Elgar Parishad and its origins

It all started with the ‘Elgar Parishad’ – a conclave of Dalit activists held on December 31, 2017 at Pune’s Shanivar Wada. The Elgar Parishad was planned ahead of the Dalit march the next day on January 1, 2018, to Bhima Koregaon. The village near Pune has a memorial that honours the Dalit Mahar Regiment of the British East Indian Company that defeated the armies of the upper caste Peshwa rulers on January 1, 1818. The annual pilgrimage on January 1 has become a celebration of Dalit empowerment.

Normally a peaceful march, this year it was marred by violent attacks on the Dalit marchers, allegedly by suspected Hindutva groups. One person died. The police initially, on January 3, filed cases against two Hindutva leaders, Milind Ekbote and Sambhaji Bhide, under various sections pertaining to inciting enmity between different communities. Thereafter, another set of private FIRs came to be filed on January 8 against the organisers of the Elgar Parishad accusing, among others, newly-elected Gujarat MLA Jignesh Mevani, Jawaharlal Nehru University student Umar Khalid and other unnamed persons for having instigated the violence.

Significantly, the Pune police abandoned the line of inquiry against Ekbote and Bhide. Ekbote was arrested and given bail in mid-March after his anticipatory bail application was rejected and the Pune police got a rap on the knuckles from the Supreme Court. Neither Ekbote nor Bhide have been formally charged yet and continue to roam free spewing their brand of casteist hatred. It was the other FIR against the organisers of the Elgar Parishad that was pursued.

Six months later, in an early morning swoop on June 6, five persons – Sen and Gadling from Nagpur, Sudhir Dhawale, a Dalit poet and writer based in Mumbai, Mahesh Raut, an anti-displacement activist, and Delhi-based Rona Wilson, the public relations secretary of the Committee for the Release of Political Prisoners  – were all simultaneously arrested.

The case was developed with a precise agenda. At first, charges under Sections 153A and 505 of the IPC – promoting enmity between communities – were pressed. Then, after the arrest, joint commissioner of police Ravindra Kadam announced the five were Maoists and had hatched a conspiracy to unleash violence at Bhima Koregaon. He also said they were organisers of the Elgar Parishad, and had diverted funds from the Maoist Party for the event.

Considering these were ‘terror’ acts, the draconian Unlawful Activities (Prevention) Act, 1967 was invoked. Section 38 and other sections of the UAPA were applied to them, alleging they had indulged in terror acts, raised funds to further terrorism, etc. It works like preventive detention. The UAPA allows the police to hold those arrested for up to six months without a chargesheet being filed. Obtaining bail under these sections is virtually impossible.

Then came the final step. Public prosecutor Ujjwala Pawar sensationally released in court two letters, purportedly extracted from Wilson’s computer, that speak of the five accused being part of the plot to trigger a “Rajiv Gandhi-type incident” at one of Modi’s road shows. Much analysis has been done of these letters and there is little doubt now that these letters have been manufactured. There is no thread or source on the printouts by which their antecedents can be checked. There is a sprinkling of real names of ‘comrades’, and the procuring guns and ammunition are discussed as if they were baskets of vegetables. Anyone who has an iota of knowledge of how Maoist organisations function knows that this is not their language and that their communication is heavily coded.

But peel away the layers of police propaganda, and one discovers that the agenda is not just to save the right-wing Hindutva ideologues Ekbote and Bhide by conjuring up a Maoist plot. The agenda is far more sinister.

The record was put straight by Justice B.G. Kolse Patil, who at a press conference on June 12 pooh-poohed the police theory that the Elgar Parishad was planned, executed and financed by the five ‘Maoists’. The retired judge of the Bombay high court said that he along with retired Supreme Court Justice P.B. Sawant were the convenors of the Elgar Parishad, which had as many as 126 constituent Dalit groups participating. The five accused had nothing to do with the planning of the conclave and as far as he knew most of them did not even attend either the conclave on December 31 or the Bhima Koregaon march the next day, on January 1.

Kolse Patil said there was no role of ‘Maoist finance’ as the organisers of the Elgar Parishad used the stage set up by another organisation. He added that the purpose of the Elgar Parishad was to build Dalit unity and ensure the Dalit vote went against the BJP in the coming Lok Sabha elections.

So if the Elgar Parishad was part of a Maoist plot, why was there no police investigation against the convenors – that is Justices Kolse Patil and Sawant? Or for that matter, why were other leading lights of the Dalit mobilisation – Prakash Ambedkar, president of the Bharipa Bahujan Mahasangh and grandson of Dr B.R. Ambedkar, and Mevani – not investigated if they too were part of the Maoist plan?

Is it because detaining or questioning a Prakash Ambedkar or a Justice P.B. Sawant would have far more serious repercussions than a professor or an anti-displacement activist? In this, the police have tried to kill two birds with one stone: on the one hand, they have managed to put away a few pesky intellectuals by pegging the charge of a ‘Maoist conspiracy’ on them; on the other hand, the police have painted a progressive, anti-casteist conclave with the ‘Maoist’ brush. Without messing with the actual leadership of the Elgar Parishad, the police have partly succeeded in creating doubts about the Parishad’s real character and intent.

This is important as Dalit platforms rallying against the BJP for the coming 2019 Lok Sabha polls have become a major source of worry for the saffron party.

Of far more concern is the serious shrinking of the liberal space. As jingoism marches on and anyone questioning the Indian government’s Pakistan or Kashmir policy is labelled an anti-national and promised a one-way ticket to Pakistan; similarly any rational criticism of the government’s farm policy or its civil liberties record is now branded a terrorist or Maoist; or the latest in the bhakt lexicon – the epithet, Urban Naxal.

The term was first used by Union minister (now without a portfolio) Arun Jaitley in 2014. He described the Aam Admi Party (AAP) as ‘Urban Naxals’ to discredit the party’s fierce street-level civil disobedience movement. Jaitley more recently, on June 8, tweeted a new term – the ‘half Maoist’ – to describe the dissenting intellectual who knowingly or unknowingly, directly or indirectly serves the cause of the revolutionary underground.

Says the minister: “The “half Maoist” is a serious threat to Indian democracy. Willingly or otherwise, they become over-ground face of the underground. Unfortunately, some political parties see the Maoist as their instrument in the anti-NDA cause. It’s high time that people recognise this malaise.”

Sen has seminal work on women’s empowerment to her credit; Gadling has been a civil liberties lawyer for years defending the poor in trial courts in far-flung districts like Chandrapur and Gadchiroli; and Dhawale has been on the editorial board of a well-known Dalit periodical Vidrohi. But the moment they are labelled Maoists, their entire contribution to literature and constitutional activism is lost in a black hole.

The latest to be added to the Bhima Koregaon list of accused is perhaps Vishwadeepak, a Delhi-based journalist with the National Herald. He is remembered in journalist circles for his long resignation letter from Zee News for its trenchant and often unethical support of the Modi government. Vishwadeepak’s ‘crime’? He booked the Delhi Press Club for a meeting (which he did not attend) to demand the release of G.N. Saibaba, another case of an incarcerated ‘Urban Naxal’. So where does the thread end? A Gauri Lankesh? Or a Nandini Sundar, who surveyed the plight of the tribals in Chhattisgarh?

This has put all constitutional opposition and liberal criticism in danger. The merits of a case or the arguments being pressed are shrugged aside. The strategy is to stick a Maoist label. Then people stop listening and the state’s institutions of force take over.

Who can question the possibility of a threat to the prime minister’s life? For that matter, how can evidence be examined dispassionately if the Maharashtra chief minister Devendra Fadnavis is facing life-threatening missives?

The burning of the Reichstag building, the German parliament, in 1933 was orchestrated by Adolf Hitler to create a fear psychosis that the nation was under threat. This provided the justification for suspending civil liberties and bringing in Nazism. To end on a happy note, such repeat attempts have been exposed more easily for the charade that they are.

Gurbir Singh is a Mumbai-based journalist.