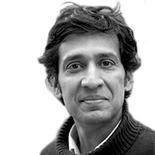 The vigilante breaks a law in order to impose another law, and in the process sets into motion a relentless unravelling of all of law and order

Lynching is in the news: the victims range from poor Muslims suspected of eating beef to educated middle class men mistaken for being child lifters.

Failure of the state

Some commentators have attributed such lynching to lack of faith in the process of justice. But they are far more due to the failure of the state to make it clear that ‘violence’ is only the law’s prerogative. As I noted in one of my columns, the law steps in to stop the endless cycle of violence that is inevitable in any society if individuals and groups administer ‘justice’ — or seek vengeance. For this, the law has to be largely functional and effective, but the state also has to signal, first and last, that it will not tolerate violence, either as ‘justice’ or as vengeance, outside its procedural purview.

The Indian state has failed significantly in this regard in recent years. By looking the other way or dragging its feet when faced with certain kinds of vigilante or ideologically motivated violence, the state has opened the floodgates for other kinds of privately administered ‘justice’.

There are many in power who do not see the dangers of this slippage, who do not realise that even if a person commits murder in broad daylight in front of a thousand people, the state still has to assure safety to such an obvious criminal until he is put on trial and sentenced according to the law. Anything else hollows out the law — and takes us a step back into a state of barbarism, which means a lack of ‘civility’ perpetuated by the unlegislated violence of all against all. Hence, to blame lynching on the slowness or failure of ‘justice’ is to speak a dangerous half-truth — for the full truth is that the state has failed to support the law, under all circumstances, against politically motivated group and individual violence.

Some friends tell me that lynchings have always taken place in India, and the current spate is just a passing phase. I am not convinced, and even if I were, it would be a bad argument: just because something wrong has happened earlier, it does not mean that we should condone it when it happens again.

When I try to recall reading about lynching in the past, I do not recall such a profusion. I do recall reports of Dalits being beaten or lynched. These took place when a poor Dalit broke an oppressive ‘caste taboo’. Obviously, such persecution of Dalits still takes place in India and some civil rights activists even claim that it has been rising in recent years. Its existence in the past too explains and excuses nothing.

Let’s be honest: the current spate of lynchings presents a greater problem than simply breaking the law would. Breaking the law finally strengthens it — at least in any powerful state, and India is a powerful state. The criminal who breaks the law sets himself apart from others, and is — unless the state fails — brought to book. The law acts, and hence reinforces itself.

But these recent lynchings are being done by vigilante groups that claim to ‘protect’ the law — the law against beef, the law against child molestation, the law against kidnapping, etc. This makes them much worse, but the Indian state, or at least many politicians currently defining it, do not seem to realise this.

The criminal who breaks the law in any functional state is basically a man running into a stone wall. It is not the wall that will give. The criminal can do nothing to the law — and the state behind the law. The more he breaks the law, the more vulnerable and isolated he becomes. The law stays what it was.

But the vigilante who breaks one law in order to ‘impose’ another law is far more dangerous: he hollows out the status of law and order from within. The state, if it has any understanding of the matter, needs to come down much more strongly against such an infarction. The state has to set a clear example of such a vigilante. Failure to do so will see the authority of the state slipping out of state bodies and into the hands of private groups.

In short, if group one lynches a person for perhaps eating beef, group two will lynch another person for perhaps being a child lifter, and group three will lynch a person for perhaps being a thief, and so on and so forth. It leads to a gradual unravelling of the authority of the state and the law — something a mere criminal can never achieve. The criminal breaks a law, and escapes or is apprehended. The process stops there. But the vigilante breaks a law in order to impose another law, and in the process sets into motion a relentless unravelling of all of law and order.

This is why any kind of vigilante ‘justice’ has to be strongly opposed by the state. To maintain silence over some kinds of vigilante violence is worse than maintaining silence over a heinous multiple murder. But do enough Indian politicians and voters realise this today?